Boyden, a premier global talent and leadership advisory firm with more than 65 offices in over 40 countries, today announced that Amanda Gordon has joined as a Partner in Ottawa and Owen Rowley as a Principal in Vancouver.

The additions further build Boyden Canada’s position as a leading tech practice in executive search, and will support the growing cross-pollination of Boyden’s Technology and other practices such as Healthcare, Consumer & Retail, Financial Services and Industrial, where it plays key ancillary roles.

Gordon is a trusted advisor to CEOs and has recruited for hundreds of hard-to-hire positions including C-suite roles. She joins Boyden with nearly 20 years of experience in global HR management spanning all aspects of strategic talent acquisition, optimization and development, as well as executive coaching, assessment and development. Gordon’s expertise extends across multiple industries within the technology sector including software and applications, satellite and cellular networks, IT, Internet of Things and telecoms.

“Recruiting in technology has become increasingly important given the recent tech boom across the Ontario region and throughout Canada,” said Jim Harmon, Managing Partner of Boyden Canada. “Amanda and Owen’s technical expertise and their networks in the market make them rich resources for Boyden clients and partners globally in technology.”

“With Boyden’s client-centric focus and reach, it’s a great opportunity to join a dynamic and growing firm,” said Gordon. “I’m looking forward to working with Boyden’s highly collaborative and talented partners and driving technology searches and leadership consulting in Canada’s booming tech hub and also supporting partners in other practices, where tech is playing an increasingly important role.”

Gordon holds a bachelor’s degree from the University of Guelph. She has served as Chair, Human Resources and Talent Committees on the Kanata North Business Association Board of Directors.

Owen Rowley has been in the tech sector for over 15 years, working in the business intelligence, infrastructure, applications and CRM spaces. Most recently, he served as a Senior Director at SAP Fieldglass, where he worked closely with senior leaders from Fortune 2000 organizations. Earlier he held positions at Salesforce, VMWare and Vision Critical.

“It’s such an exciting time to be joining Boyden,” said Rowley. “Vancouver is becoming a major centre for global tech talent, with many of the big players like SAP, Microsoft and Amazon already realizing the long-term potential of our region.”

Rowley holds a bachelor’s degree in economics from Simon Fraser University and a Mini MBA from McGill University's Executive Development program. He is also a board member of the United Way of the Lower Mainland. 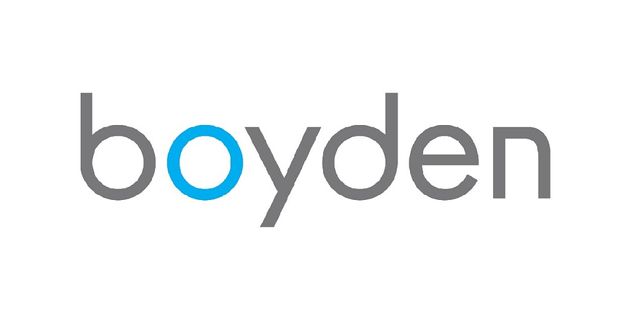