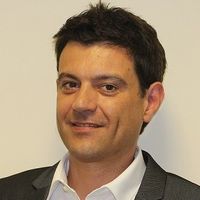 ZRG, the fastest-growing global executive search firm, today announced the launch of its global Sports and Entertainment practice, led by Jamie Crittenberger who joins as Managing Director and head of the practice based in the firm’s Washington, DC, office. Crittenberger will also serve as a senior member of ZRG’s Consumer and Private Equity practice groups.

“Having worked with a wide array of organizations across the globe, Jamie understands the demands of multiple functional roles and connects high-performing executives and innovative leadership concepts to forward-thinking brands and properties,” said Larry Hartmann, CEO of ZRG.

“With nearly three decades of industry operating and consulting experience, Jamie Crittenberger is a global leadership advisor who assists high-profile sports, entertainment, and media properties in complex assignments,” Hartmann added. “We couldn’t have picked a better person to lead our global Sports and Entertainment practice.”

Before entering leadership advisory, Jamie spent ten years as CEO of Starbridge Media Group, the firm he co-founded to leverage the convergence of sports and entertainment across multiple platforms. His firm represented and partnered with marquee sports, media, and consumer-facing properties along a spectrum of revenue-generation and content initiatives. His TV production work won five Emmy Awards.

“I am thrilled to launch this practice with ZRG and to be able to bring my sports and entertainment business experience to the firm’s technology-driven search process,” said Crittenberger. “Our practice group is filled with a diverse team of veteran leadership advisors who possess specific sports and entertainment sector experience along with deep functional expertise across a wide spectrum.”

Earlier in his career, Jamie served in football and business operations roles for the Washington Redskins, and his tenure included the team’s Super Bowl XXVI championship season in 1991. While with the team, his mentors and co-workers included numerous Hall of Fame coaches, executives, and players. He held subsequent operational roles with SFX Sports Group, Clear Channel Entertainment, and Viacom.

Jamie Crittenberger earned a BA in English from the University of Virginia and went on to earn his MBA from the university’s Darden Graduate School of Business Administration, where he was selected by both students and faculty to deliver the school's commencement address. He has been an active youth sports coach for over 25 years and coached over 75 teams in football, basketball, baseball, soccer, and lacrosse, including teams at the high school varsity level.

ZRG’s other key executives in the global Sports and Entertainment Practice are industry veterans Ken Lubin and Steve Tosches, both of whom are former Ivy League head coaches, and Alex Bennett, a former professional rugby player.

Ken Lubin is a Managing Director in ZRG’s Boston office. He joined the firm in 2002 and has focused on C-level and senior executive searches globally in the sports, media, technology, and financial services sectors. Lubin also founded Executive Athletes, a community of high level executives who are still competing as high level athletes, and started the Executive Athletes podcast, which focuses on peak performance, human potential, and what it takes to succeed in both business and sport.

Lubin still competes in and has placed among the top finishers in some of the world’s hardest races, including The Death Race, Spartan Ultra Beast, and World’s Toughest Mudder. Before entering the world of executive search, he was the Alpine ski racing coach at Brown University and spent time coaching at Carrabassett Valley Academy, which has developed multiple Olympic and world champions. Lubin has a BS in Sports Science from Colby Sawyer College, where he competed in both Alpine and Nordic skiing at the Division 1 Level.

Steve Tosches is a Managing Director in ZRG’s New York office. He has a wide range of clients and adds a seasoned perspective on recruiting, character assessment, and people development. He entered the search industry in 2000 following his 20-year career in college athletics, which culminated with a 13-year tenure as the head football coach at Princeton University.

Tosches led the Tigers to Ivy League championships in 1989, 1992, and 1995. After the 1989 season, he was awarded the Scott M. Whitelaw Trophy as the Eastern Division I-AA Coach of the Year. Tosches coached the Ivy League Senior All-Stars to victory in the 1993 Epson Ivy Bowl in Tokyo. His overall record at Princeton (78-50-2) ranks him as the school’s second winningest coach. He is a graduate of the University of Rhode Island and was inducted into his alma mater’s Athletic Hall of Fame in 1996.

Alex Bennett is both a Managing Director and ZRG’s Chief Growth Officer. With 16 years in global leadership roles, he has built a proven track record in C-suite, top executive, and Board-level searches. His clients represent every aspect of the industry from large multinationals to private equity and VC firms.

Bennett is passionate about the life sciences industry and its patients, having recovered from an extremely serious spinal cord injury and paralysis. He works with a number of charitable foundations and regularly gives inspirational speeches to corporate clients and charities around the world. Before moving into executive search, he led the commercial operations of a US medical device company.

Earlier in his life, Alex Bennett was a professional sportsman and a member on the England XV and International invitational select side rugby squad, the Barbarians. His successful transition from professional sportsman to business leader was made possible by the common skills and disciplines shared by the two. Professional sport and executive search both demand a capacity to deal with significant individual and team pressures, requiring self-discipline and sacrifice combined with a desire to learn and adapt. 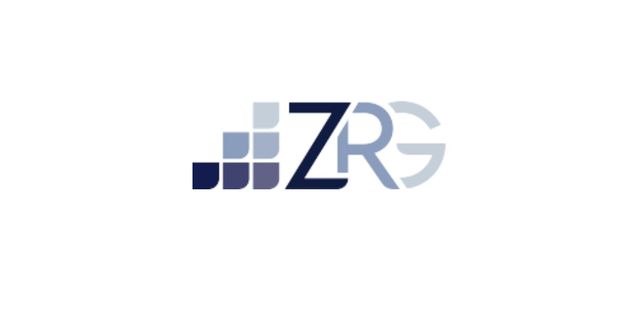